Women comprised more than half of applicants and enrollees in 2018, new AAMC data reveal.

The diversity of medical schools continues to improve, with the numbers of female, black or African American students, and American Indian or Alaska Native applicants and enrollees increasing, according to 2018 data released by the AAMC.

For the first time since 2004, more women than men applied to U.S. medical schools, and for the second year a row, more women than men enrolled, the data show. Equally noteworthy, the number of black or African American men who applied to and enrolled in medical school also rose by 4% and 4.6%, respectively, after years of minimal growth or declines.

“This year’s significant gains in the number of women and black males entering medicine is excellent news,” said Darrell G. Kirch, MD, AAMC president and CEO. “Medical schools have been working hard to increase the diversity of tomorrow’s doctors. While there is still much more work to do, we are very encouraged by this year’s progress.”

Here are some of the key findings from the report:

Despite these positive developments, there is still a “residency bottleneck” that needs to be addressed to reduce the coming physician shortage, Kirch said.

“Medical schools have expanded their enrollment to educate the additional physicians our nation needs to care for a growing and aging population as well as address health crises, such as the opioid epidemic,” Kirch said. “But we will not sufficiently increase the overall supply of physicians in the United States without creating more residency slots. It is more important than ever for Congress to lift the 1997 cap on federal support for residency positions to ensure that all patients have access to the care they need.” 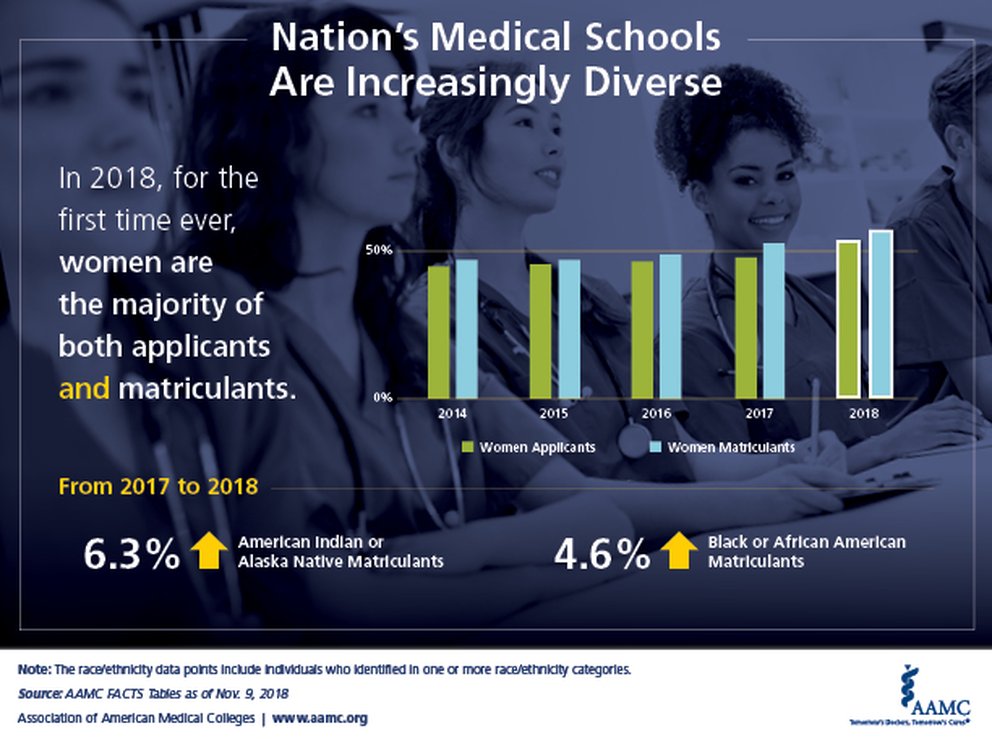