From a doctor’s journey in healing from trauma to better lives for survivors of the intensive care unit, this year’s batch of summer reads offer a glimpse into the compelling, disturbing, and often uplifting world of medicine.

Healing oneself by caring for others. Combating racism that runs throughout the health care system. Working to free a man wrongly convicted of murder. Building the first hospital run by women for women. Learn about all of this and more in our list of recently published books on science and medicine. 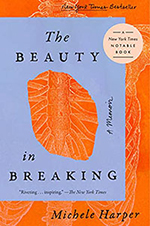 The Beauty in Breaking: A Memoir, by Michele Harper, MD

Growing up the daughter of an abusive father, Michele Harper, MD, was determined to be a person who heals rather than hurts. One day when she was a teenager, Harper accompanied her brother to the emergency department (ED) — their father had badly bitten his son’s thumb — and she knew instantly that’s where she wanted to work. Years later, as an ED physician in Philadelphia, Harper discovered that her patients were actually helping heal her. Among them were an older man who inspired her by receiving a dismaying diagnosis with dignity and humor. In this New York Times bestseller, Harper shares several such moments and how each revealed lessons about how she had been broken by loss, sexism, racism, and brutality — and how she could become the person she hoped to be. 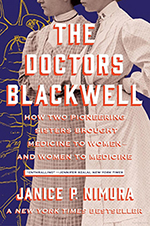 The Doctors Blackwell: How Two Pioneering Sisters Brought Medicine to Women and Women to Medicine, by Janice P. Nimura

Elizabeth Blackwell — the first woman to be granted an MD degree in the United States — was admitted to New York’s Geneva Medical College in 1847 as a sexist joke. But Elizabeth and her sister Emily, who also became a doctor, went on to prove they were to be taken seriously, creating a successful Manhattan infirmary to provide free medical care for women by women. They also established a medical school to provide women students the chance to practice hands-on skills that mainstream hospitals would not allow. Yet despite all they achieved for women, they were not mainstream feminists. Elizabeth, for example, found women too often frivolous and too infrequently aware of their own capabilities. In this unusual slice of history, Pulitzer Prize finalist Janice Nimura captures two compelling, courageous, and sometimes prickly pioneers. 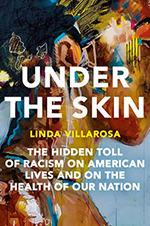 Under the Skin: The Hidden Toll of Racism on American Lives and on the Health of Our Nation, by Linda Villarosa

For years, Linda Villarosa believed that Black Americans’ ill health often was the fallout of poverty or poor choices. But then the New York Times contributing writer found compelling signs of systemic concerns: Black patients receiving less pain medication than their White peers, higher Black maternal mortality rates across all income levels, greater risks from climate change, and toxic stress that wears down Black Americans’ immune systems. All this contributes to Black patients “living sicker and dying quicker,” Villarosa writes in Under the Skin, an intense exploration of history, medical research, and personal stories. Despite the many factors involved, it is possible to combat health inequities, says the 1619 Project contributor, and a powerful place to start is by diversifying the trainees, faculty, and educational content found in the halls of academic medicine. 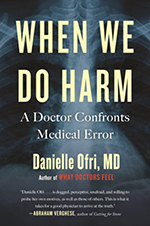 When We Do Harm: A Doctor Confronts Medical Error, by Danielle Ofri, MD

Each year in the United States, hundreds of thousands of patients are harmed by medical errors. Danielle Ofri, MD, a longtime internist at Manhattan’s Bellevue Hospital, combines scientific research with provider and patient interviews in this incisive exploration of the personal and systemic causes of medical mistakes. At the center of the book are the stories of two patients — one with leukemia and one with severe burns — whom Ofri believes died in part due to hospital errors, as well as the prolific author’s candid retelling of her own near misses. Ofri argues that minimizing errors requires such practical steps as checklists, but it also requires a culture that acknowledges providers’ fallibility and supports admitting errors when they occur. 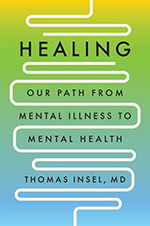 Healing: Our Path from Mental Illness to Mental Health, by Thomas Insel, MD

Thomas Insel, MD, directed the National Institute of Mental Health for 13 years and distributed billions in research funds — yet his first book is as much personal confession as scientific treatise. Though it seemed to make sense at the time, focusing on the biological causes of mental illness was woefully inadequate, Insel admits. Recalling a man who advocated passionately for a son devastated by schizophrenia, Insel shares a painful realization: “Nothing my colleagues and I were doing addressed the ever-increasing urgency or magnitude of the suffering of millions.” Throughout this thoughtful book, the neuroscientist and psychiatrist gleans insights from history, including the wide-ranging fallout of Reagan-era cuts to community mental health programs. But Insel also looks ahead to solutions, which he says lie in such crucial steps as criminal justice reforms as well as services to help people find employment, housing, and vital social connections. 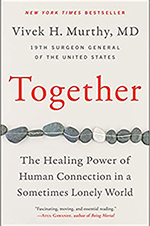 Together: The Healing Power of Human Connection in a Sometimes Lonely World, by Vivek H. Murthy, MD

The role of U.S. surgeon general comes with the possibility of dramatic health crises, from outbreaks of yellow fever to the coronavirus pandemic. But the 19th surgeon general, Vivek Murthy, MD, worries deeply about a silent killer: social isolation. In his New York Times bestseller, Murthy draws a clear line between loneliness and numerous painful problems: drug addiction, heart disease, anxiety, violence, and more. He often points to scientific evidence, including research indicating that loneliness can be as dangerous as smoking 15 cigarettes a day. Murthy also shares riveting stories — a veteran who misses his former comrades and a young man who joined a gang partly to find connection, among them — as well his own early experiences with loneliness. Murthy’s suggested cures to the ills of isolation include resisting the urge to multitask when together with loved ones, practicing self-compassion, and an approach that has often fueled his own contentment: being of service to others in ways both large and small. 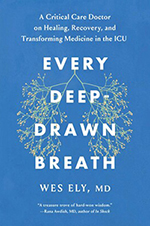 Every Deep-Drawn Breath: A Critical Care Doctor on Healing, Recovery, and Transforming Medicine in the ICU, by Wes Ely, MD

Given that tens of thousands of people have spent time in an intensive care unit (ICU) during the COVID-19 pandemic, the fallout of an ICU stay is a compelling and concerning topic. Lifesaving ICU interventions — mechanical ventilation, for example — can also be life-altering, sending patients home with a cluster of conditions, including dementia and nerve damage, now called Post-Intensive Care Syndrome (PICS). But Wes Ely, MD, a critical care physician and professor at Nashville’s Vanderbilt University Medical Center, developed a groundbreaking approach to reducing PICS: minimizing sedation, maximizing mobility, encouraging visitors, and providing extensive support for life after the ICU. Weaving together scientific research, medical history, and intimate patient portraits, Ely ultimately urges physicians to remember that each body represents a whole human, kept alive and connected with others through each precious breath. 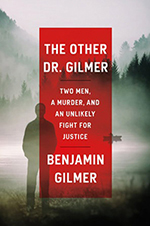 The Other Dr. Gilmer: Two Men, a Murder, and an Unlikely Fight for Justice, by Benjamin Gilmer, MD

Soon after Benjamin Gilmer, MD, joined a small rural North Carolina clinic, he discovered that the practice’s previous doctor shared his last name — and was serving a murder sentence. Driven to understand how Vince Gilmer, MD, a beloved community figure, could strangle his own ailing father, the young doctor paired up with This American Life journalist Sarah Koenig to dig further. (Koenig presented her research in a podcast called Dr. Gilmer and Mr. Hyde.) In time, Gilmer came to believe that his predecessor’s undiagnosed physical and mental health issues contributed to the crime. In this book, Gilmer describes his growing understanding of his new friend as well as the dire need for better care for incarcerated people. Ultimately, Gilmer argues, the criminal justice system focuses too much on punishing rather than healing the thousands in its care who suffer from mental illnesses. 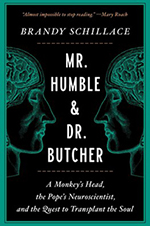 Mr. Humble and Dr. Butcher: A Monkey’s Head, the Pope’s Neuroscientist, and the Quest to Transplant the Soul, by Brandy Schillace

Neurosurgeon Robert White, MD, won two Nobel nominations for his groundbreaking brain research and contributed to advances in treating head trauma and spinal cord injury. But he also appalled bioethicists with his 1970 monkey-to-monkey head transplant, an experiment that continued for nine days in a Cleveland hospital lab. More shocking, White also hoped to perform the same procedure on humans, keeping a patient’s brain alive when their body badly fails. Although eerily reminiscent of the surgical tinkerings of Dr. Frankenstein, White’s efforts also bore a spiritual component. In this sometimes creepy but fascinating book, Brandy Schillace explores how White, a devout Catholic, sought to answer a timeless question: Is it possible to determine where in the body the human soul resides? 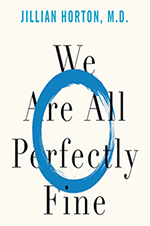 We Are All Perfectly Fine: A Memoir of Love, Medicine and Healing, by Jillian Horton, MD

Canadian physician Jillian Horton, MD, feeling burned out and nearly broken, headed to a meditation retreat for physicians in upstate New York a few years ago. Over five days, surgeons, psychiatrists, pediatricians, and other fellow physicians shared deeply personal stories of fear, guilt, exhaustion, and grief. “Mostly doctors look fine, perennially, until the day they don’t,” writes Horton. “[Doctors are] compliant and conscientious and rigidly perfectionistic, characteristics that put us at risk for choking to death on our own misery.” Horton’s own story involves growing up with a severely disabled sister, whom she credits with teaching her the compassion central to quality care. Over time, she realized, she needed to turn that gentleness inward.