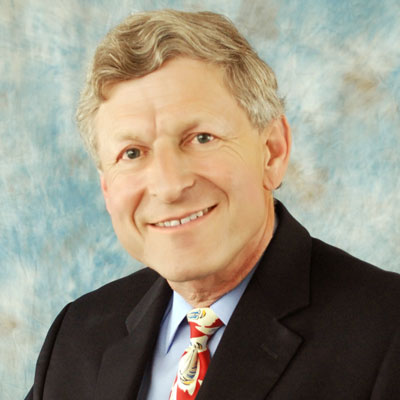 In the aftermath of Hurricane Katrina in August 2005, when the survival of the entire city of New Orleans was at stake, all educational institutions, including Tulane University School of Medicine, were at risk. Dr. N. Kevin Krane, vice dean for academic affairs, worked with colleagues to ensure the medical school would not shut down and derail medical students’ academic careers. Under Dr. Krane’s leadership, courses and clerkships resumed just one month later through supportive program partnerships with academic medical centers in Houston. Ongoing partnerships with clinical facilities and institutions across Louisiana ensured that the program would thrive once Tulane medical students returned to New Orleans.

L. Lee Hamm, MD, dean of the Tulane University School of Medicine, credits Dr. Krane’s “remarkable ability to lead and work with faculty, students, other institutions, and accreditation agencies,” as the reason that Tulane medical students and faculty were able to quickly resume their work.

This sort of adaptive approach to education is a hallmark of Dr. Krane’s work. His passion for providing innovative medical education has led to thoughtful curricular reforms that help students keep up with the rapid proliferation of information.

Beyond Tulane, Dr. Krane has provided regional and national leadership for medical student education and faculty development through committee and leadership roles for the AAMC Group on Educational Affairs (GEA), the International Association of Medical Science Educators, the Team-Based Learning Collaborative, and the National Board of Medical Examiners.

A gifted teacher and student favorite, Dr. Krane has received numerous student-nominated awards and “every possible teaching award at the medical school and university level,” according to Dr. Hamm. He has received the Clinical Faculty Outstanding Teacher Award eight times, the Innovative Use of Technology in Teaching Award, and the President’s Award for Excellence in Teaching. He has also received the AAMC Southern GEA’s Career Educator Award and the GEA’s Merrill Flair Award.

“Realizing that you could impact the lives of so many people while waking up every day excited about what you do made the decision to go into medicine easy,” Dr. Krane says. He has shared that passion throughout his career and continues to say that training the next generation of physicians in both basic and clinical science remains “more fun than ever.” Though Dr. Krane’s work at Tulane focuses on education, he maintains a robust clinical practice.