AAMC’s MOSAIC Program Scholars are select National Institute of Health (NIH)-K99/R00 awardees who hail from diverse backgrounds, for example from groups underrepresented in research, as they transition from postdoctoral appointments into academic research faculty positions.

Project Title: Synthesizing Trial and Real-world Data on the Use of Biologics in Patients with Severe Asthma

Ayobami Akenroye grew up in Ile Ife, Nigeria where she graduated top of her medical school class prior to her arrival in the US to pursue an MPH from Harvard School of Public Health. She is a trained Internist and Allergist/Immunologist. Her research interests include generalization of trial findings to individuals underrepresented in trials, commonly racial and ethnic minorities. She is also interested in career transitions from clinical fellowships to faculty especially for individuals underrepresented in academia. She has been involved in multiple initiatives for minorities, and is looking forward to continuing to serve as a role model and mentor to both undergraduate and postdoctoral trainees.

Benard Ogola is a postdoctoral fellow at Tulane University in New Orleans. He currently works under the mentorship of Dr. Sarah Lindsey, PhD, an Associate professor in the Department of Pharmacology. He received his Bachelors in Biochemistry from Texas Tech University, Lubbock, Texas and PhD in Pharmaceutical Sciences from Texas Tech University Health Sciences Center, Amarillo, Texas. Dr. Ogola’s research focuses on the interplay of sex hormones and sex chromosomes in vascular oxidative stress and arterial stiffening. Through the MOSAIC Postdoctoral Career Transition Award, he is dedicated to promoting diversity in biomedical research by mentoring students from underrepresented backgrounds in the challenges and successes of basic research. Dr. Ogola plans to continue engaging with underrepresented minorities through his transition to academic independence. 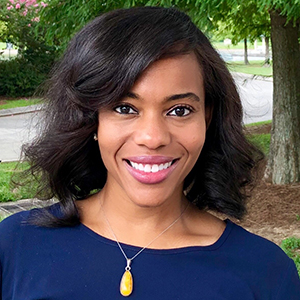 Cristal M. Hill grew up in Birmingham, Alabama, with ambitions in veterinary medicine, but a strong interest in endocrine diseases developed while working at a local veterinary clinic during high school. Dr. Hill received her B.S. and M.S. degrees in animal sciences from Tuskegee University, with a thesis centered on inflammatory responses during cardiovascular disease. She then moved to Southern Illinois University School of Medicine, where she earned a Ph.D. in molecular biology, microbiology, and biochemistry under the direction of Dr. Andrzej Bartke. Her training included a heavy focus on the mechanisms of biological aging. She is currently a postdoctoral fellow at the Pennington Biomedical Research Center in Baton Rouge, Louisiana, where her research focuses on the effect of dietary protein restriction on the cellular and molecular changes in adipose tissue that impact metabolic health during aging. Dr. Hill’s commitment to fostering diversity includes teaching at all levels and mentoring undergraduates at various minority-serving institutions. She has held the positions of trainee vice-chair and secretary of the Diversity, Equity, Inclusion, and Opportunities Committee of the American Aging Association trainee chapter, and is now its co-chair. Dr. Hill continues to support diversity by endorsing an environment of institutional inclusion in the biomedical research workforce for individuals from underrepresented backgrounds. 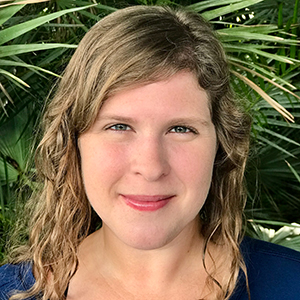 Elizabeth Brown grew up in Palm Beach Gardens, Florida, and became interested in research as an undergraduate volunteer in a lab at Florida State University. There, she received her B.S. degree in anthropology and then went on to receive her Ph.D. in biological sciences at the University of Cincinnati. Dr. Brown is currently a postdoctoral fellow at Texas A&M University, where her current research interests broadly focus on understanding the genetic and neural circuits that regulate chemosensory function. As the first person in her family to graduate college, Dr. Brown is committed to advocating for and mentoring trainees from disadvantaged and underrepresented backgrounds.

Evan White is a member of the Absentee Shawnee Tribe of Oklahoma and also descended from the remaining federally recognized bands of Shawnees as well, the Eastern Shawnee Tribe and Shawnee Tribe. He received his PhD in Clinical Psychology with an emphasis in Quantitative Methods at Oklahoma State University in Stillwater, OK and completed his predoctoral clinical internship at the Charleston Consortium in Charleston, SC. His research focuses on utilizing tools of psychophysiology and neuroscience to understand the neural underpinnings of risk and resilience factors for psychopathology. Dr. White is currently seeking to delineate the neural correlates of the protective role of cultural engagement against poor mental health outcomes among American Indian populations.

Project Title: Mechanism of pulmonary endothelial cell heterogeneity and its role in disease

Lisandra Vila Ellis’ interest in medicine began as a child growing up in Cuba, offering “medical services” to her family and neighbors such as taking their blood pressure at home. She received her medical degree at Tecnologico de Monterrey, in Monterrey, Mexico, and subsequently completed a postdoctoral fellowship at MD Anderson Cancer Center in Houston, TX. Her research focuses on the development of blood vessels in the lung, and how the disruption of this process can lead to disease. Lisandra’s commitment to diversity has included teaching at an undergraduate institution that serves underrepresented populations, mentoring minority students, and serving as a member of the education committee of the North American Vascular Biology. 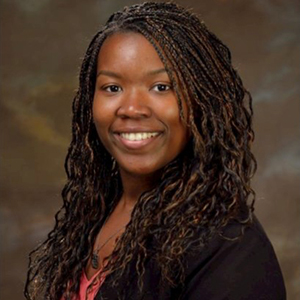 Mallory A. Perry grew up in Connecticut, where she developed her inquisitive nature and love for science. She found her passion as a pediatric critical care nurse in Hartford, caring for children and their families in their most vulnerable and life-changing moments. These experiences led her to pursue a Ph.D., for which she examined the underlying biopsychosocial factors associated with the transition from acute to chronic pain in children recovering from spinal surgery. Her current postdoctoral research focuses on the outcomes of children who survive critical illness in the pediatric intensive care unit (PICU). As a MOSAIC scholar, Dr. Perry aims to explore the potential association of inflammation in post-PICU physical outcomes, especially in children who survive sepsis. She is committed to advancing science and increasing diversity in all its forms. Mentorship has been pivotal in Dr. Perry’s career; as such, giving back is foundational. She has served as a mentor to diverse biomedical students, including nurses interested in research and pediatric critical care, where diversity is greatly needed.