What It's Like to Get Married During Medical School

A medical student answers questions about what it was like to get married during medical school. 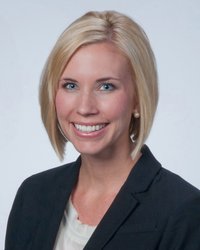 How did you meet?

We started talking at a school-wide social that I had organized. At the time, Alan was a second-year student and I was a first year student. We had seen each other during student government meetings (Alan was student body president and I was social chair), but we hadn’t interacted much more than that.

When did you get married?

We got married five months before graduation, which was the ideal time for us. The second half of fourth year of medical school usually carries a lighter course load, especially if you plan it that way. Traveling for residency interviews made it a little difficult to finalize wedding details, but Amber made sure everything was in place. Our classmates had become some of our best friends in the last four years, so having our wedding before everyone split up for residency was absolutely perfect.

How did you handle stress and competing schedules?

Our schedules actually did not compete that much. Alan was awarded the Doris Duke Research Fellowship between his third and fourth year of medical school, so he took a year off while I completed my third year. This allowed us to begin our fourth year together, and we were able to coordinate our schedules to do away rotations at the same location and at the same time. Our school was quite flexible in allowing us to make last minute changes and match certain rotations to accommodate for things such as our honeymoon. As for stress relief, having both of us in the medical field made it easier to understand the day-to-day pressures of working in a hospital. We both knew what it felt like to be medical students and, depending on the rotation, just how difficult it could be at times. It also was easier not to have stressful rotations simultaneously, so whichever one of us was less busy could help manage the day-to-day stresses, such as cooking and cleaning.

How did marriage affect where you applied for residency positions and how did you decide where you wanted to go? Are your residencies the same length?

Marriage affected 100 percent of our decisions of how and where we applied for residency. The couples Match can be a daunting process if you are not prepared or familiar with the process prior to applying. Although it is possible for couples to match to programs that are geographically far from each other, our goal was to be in the same city, if not the same hospital. A complicating factor for Alan was that he had one year of preliminary internal medicine prior to his neurology residency, and not all neurology programs have that one year built in. As a result, we found ourselves potentially trying to match three residencies: pathology, neurology, and preliminary internal medicine.

The most influential factors in our decision were geographical location and program strength—it was not easy finding cities that we both wanted to live in that had good programs for both pathology and neurology. Also, I was very specific about which programs I was applying to. I mostly applied to pathology programs that incorporated the neuropathology fellowship into residency (“AP/NP track”). As a result, the number of programs I could apply to were limited, thereby limiting the number of programs to which Alan could apply. First, we made individual lists of programs that interested us and then compared the lists to find similarities. Then, as we received interview invites, we attempted to travel together and interview in the same cities/programs at the same time. This was especially difficult and we found ourselves meeting and splitting up all over the country for three months. During the interview process, we each took notes and made our own rank lists independently and then compared them after the final interview was done. The deliberation process was very difficult as there were not many locations and programs that we both liked. The bottom line is that compromising was key.

After a combined 86 applications and 39 interviews, one large bottle of wine, and one Match Day later, we ended up in Philadelphia where I am now a pathology resident at the Hospital of the University of Pennsylvania, and Alan is an internal medicine/neurology resident at Thomas Jefferson University Hospitals (he found a combined program!). As a result of my combined anatomic and neuropathology residency, my program will be four years—the same length as Alan’s program. This was one of the two options we planned for. Had I not gotten into a combined program, I would have finished in three years, and we had decided that I would attempt to start a fellowship away from Alan, an option we desperately did NOT want.

Do you feel you’ve made more sacrifices (personal, educational, or financial) than typical medical students?

As stated above, the couples Match process naturally yields itself to sacrifices from both people. The decision to enter the couples Match meant that our number one priority for residency was to be with each other, even if that meant not ending up in what we thought might be the “perfect” program. We could not imagine starting the stressful experience of residency without the support and love from each other. While we did have to apply to and interview with more programs than a typical med student, all the sacrifices of the interview process were well worth it. Luckily, neither of us had to sacrifice much of our career goals for the sake of living in the same city. Living in Philadelphia and the programs we are now a part of are definitely what we wanted.

What advice would you give other students who are considering marriage during medical school?

While several of our friends in residency are currently planning weddings, we couldn’t imagine compounding the already stressful experience of residency with an even more stressful task of planning a wedding, while trying not to be a bridezilla! Getting married during our last year of medical school while we still had few responsibilities was the best decision for us. We were able to relax, take a lot of time off, and celebrate our special day in blissful ignorance of the demands of our upcoming residencies. Another important thing to keep in mind is the desired location of the wedding. Regardless of where our residency was going to be, we wanted our wedding to be in Phoenix, our hometown. Planning a wedding from long distance and working 80 hours a week can be particularly difficult, but not impossible.

However, wedding and residency aside, the most important fact is to always remember why you are marrying that special person. Residency WILL be filled with stress and anxiety, but it will NOT be permanent—your significant other will be permanent and will always be there to support you. Even though we are just starting out in residency, this is a fact that helps us through every single day!