Work on proposed revisions to the Common Rule, which provides protection to human research participants, should halt until an independent commission has reviewed and updated the frameworks governing human subjects research, according to a report released in late June by the National Academies of Sciences, Engineering, and Medicine. The revisions, proposed in September 2015 by the Department of Health and Human Services (HHS) and 15 other federal departments and agencies, would increase administrative burdens for investigators without enhancing protections for research participants, the Academies’ report says.

First released in 1991, the Common Rule has not been amended, even as human subjects research has increased and become more diverse, and technological advances have transformed the ways researchers can analyze and combine data. For example, genetic testing available today could theoretically enable scientists to reidentify research participants who provided consent with the understanding their samples would be anonymous. 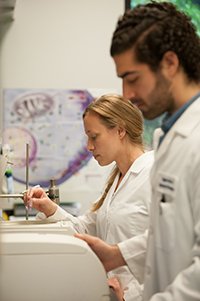 The Academies committee that wrote the report “was very aware that the pace of discovery and invention has expanded at an incredibly rapid rate,” said David Korn, MD, a professor of pathology at Harvard Medical School and former AAMC chief scientific officer who served on the committee. “The whole committee came to believe that the time is right to ask whether our current application of ethical practices is still the right set of principles. Do they need tinkering? Do they need the addition of other principles in order to bring them up to date with science itself?

In the report, the committee says the HHS Notice of Proposed Rulemaking (NPRM) for the Common Rule is unclear and does not “adequately or effectively address the breadth, depth, and import of unanswered questions and contemporary challenges related to human subjects research.” But members of the committee agree it is time to reexamine the regulations.

The Academies’ recommendations echo criticism about increased administrative requirements that many in the biomedical research committee raised when the NPRM was released. “There are certain proposed changes that greatly increase administrative burden without, in the estimation of many, raising the level of protection or benefit in a commensurate way. And that is problematic,” said Heather Pierce, JD, MPH, AAMC senior director of science policy and regulatory counsel.

“The whole committee came to believe that the time is right to ask whether our current application of ethical practices is still the right set of principles. Do they need tinkering? Do they need the addition of other principles in order to bring them up to date with science itself?”

In a comment letter early this year, the AAMC said the proposed changes represent a “unique opportunity” to revise the rule to recognize advances in research, while balancing the need for human subjects to “understand the commitments and contributions they are making to move science and health forward.” The association’s letter was one of 2,186 comments sent to HHS during the NPRM comment period. More than 95 percent of those who submitted comments objected to at least one of the proposed changes, according to a May report from the Council on Government Relations that analyzed all comments HHS received. The Obama administration has not said whether it will follow the Academies’ recommendations or move forward with its proposed revisions. If the rule is not finalized before Obama’s presidency ends, the action a new administration might take is unclear.

“It is absolutely time to revisit the Common Rule and refresh it with an understanding of how we do research today and going into the future, but the report was not supportive of the changes that were suggested in the proposed rule,” Pierce said. “The recommendation from the Academies was surprising to most in the research community.”

Many in the research community expressed concern with a provision that would require consent for all research involving biospecimens. Currently, the Common Rule does not require consent for research with biospecimens if identifying information has been removed. Under the NPRM, research participants would provide broad consent for future, unspecified research that is not necessarily planned at the time the specimen is collected.

Requiring broad informed consent can present additional issues, according to David L. Wynes, PhD, vice president for research administration at Emory University School of Medicine. “If I’m having a surgery or a biopsy and [researchers] want to use blood or tissue in future research but have no idea what that research is going to be, how meaningful is that consent?”

According to Jennifer K. Lodge, PhD, vice chancellor for research at Washington University in St. Louis and associate dean for research at the university’s School of Medicine, “there has been a lot of confusion” about the biospecimens requirement. Some researchers have interpreted the proposed revision to mean that consent would be required every time a specimen is used, and others believe it means consent is only required once, she said. “I think this opens the door to our researchers not really understanding what they need to do.”

HHS and the other federal departments and agencies involved in the NPRM stated that human subjects “should be active partners in research.” According to Lodge, the proposed change to the informed consent regulation does the opposite and is “so vague that many [researchers] feel it doesn’t engage the participants in the research at all because they have no idea how their data will be used [after it is collected].” She added that the changes do not “meet the objectives [of the proposed rule] to reduce burden and develop the evolving relationship” between scientists and human subjects.

The Academies’ report expresses concern about the biospecimens provision, noting that specimens would remain linked with consent documents, which would increase the possibility that human participants could be identified. If Congress and President Obama follow the recommendation to form an independent commission, then that group should be tasked with identifying which agency should maintain regulatory authority for human subjects research. Also, the report adds, revisions to the Common Rule should not be finalized until the independent commission has made recommendations and the research community and public have had a chance to provide comments.

Selection of commission members will be especially important, Korn said. “The commission will have an enormous impact on the whole field of medical research. We want to see a very carefully selected committee of truly outstanding people who have high respect in the community and are thoughtful and wise.”

If incorporated into the eventual rule, the Academies’ recommendations “could ensure the rule more effectively meets the needs of research participants, researchers, and ultimately the patients who will benefit from research advances,” AAMC President and CEO Darrell G. Kirch, MD, said in a statement. Kirch added that as written, the proposed rule “could hinder progress on ambitious research efforts like the Cancer Moonshot and its goal to accelerate cancer research.”

Other researchers have called on HHS to be more involved with the scientific community. “There hasn’t been a great deal of engagement with the research community,” Wynes said. “I hope they engage us, but it seems like they would be doing that now if they were going to. I don’t think anyone really knows what will come out of the final rule.”

Lodge said she hopes HHS and the other agencies “take seriously the comments from the research community and academic institutions and rewrite the proposed rule in a much more thoughtful way.”