The AAMC’s annual Faculty Salary Report highlights mean salaries across departments and specialties, academic ranks, and degrees in all regions of the country.

Here are a few of the findings: 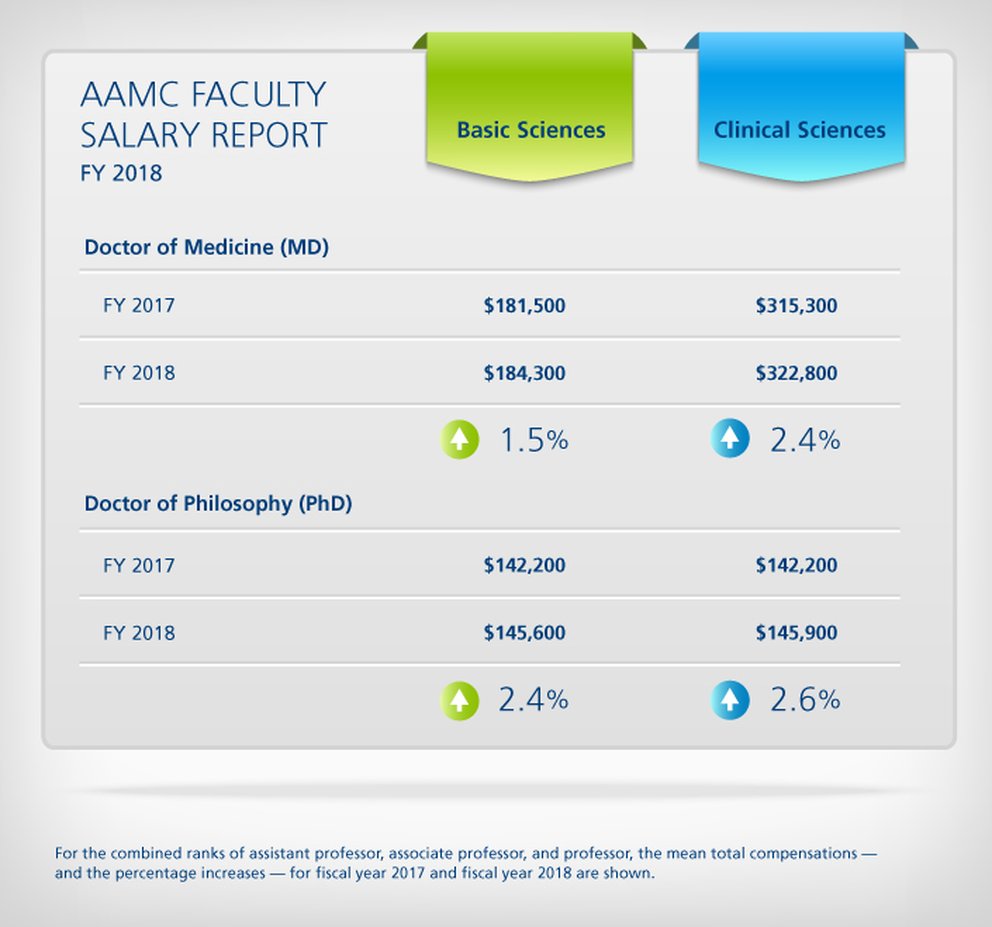 The AAMC Faculty Salary Report, FY 2018 includes much more detailed salary information, including mean compensation by type of medical school and region for each combination of six faculty ranks and 92 specialties. Total compensation included fixed salary plus supplemental earnings, which includes medical practice earnings, bonus pay, and outside earnings such as speaking engagements and consulting fees.

Online access to the report is available to individuals at member institutions for an annual subscription fee of $40 per year and to nonmember institutions for $1,125 per year through the AAMC Store. The printed edition will be available for purchase in early 2019. The print edition will include the most recent year of compensation data, while the online version includes three years of salary data.