From spellbinding medical memoirs to shocking accounts of medical mistreatment in the 19th and 20th centuries, these books will make you realize how far medicine has come — and how far it has yet to go.

By Lauren Siegel
By Nicole Lee

Surgery without anesthesia. The death of a president of the United States by medical malpractice. A missed diagnosis that almost destroyed a young woman. These ten tales are all the more riveting because they’re true. 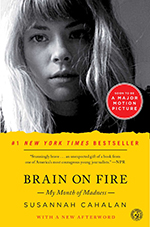 1. Brain on Fire: My Month of Madness by Susannah Cahalan

One moment, Susannah Cahalan was a healthy 24-year-old reporter for the New York Post. The next, she was strapped into a hospital bed, labeled psychotic, and experiencing seizures and hallucinations that made her virtually unrecognizable. In her bestselling memoir, Cahalan tells the story of her quick descent into madness, the frustration of being misdiagnosed and dismissed by health care providers, and the lifesaving diagnosis made by neurologist Souhel Najjar, MD, who realized she was suffering not from a psychiatric illness but from a rare autoimmune disorder — anti-NMDA receptor encephalitis. In addition to the book, be sure to catch the AAMCNews video featuring Cahalan. 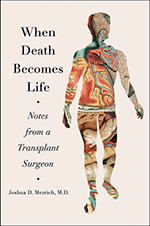 As a transplant surgeon at the University of Wisconsin School of Medicine and Public Health, Joshua Mezrich, MD, moves organs from one human body to another, creating life from loss. In his debut book, he takes the reader on an intimate look inside that journey, from the medical pioneers who first made this miracle of modern medicine possible, to the operating rooms of his own patients. Along the way, he delves into the moral and ethical implications of modern transplant surgery and shows us all what it means to be alive. 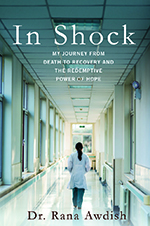 3. In Shock: My Journey from Death to Recovery and the Redemptive Power of Hope by Rana Awdish, MD, FCCP

Rana Awdish, MD, a critical care physician at the Henry Ford Hospital in Detroit, Michigan, was out to dinner with her best friend when an undiagnosed benign tumor in her liver ruptured. She was seven months pregnant. In her memoir, Awdish recounts her harrowing near-death experience, the disconnected and often misguided care that punctuated her recovery, and the small acts of kindness that helped her pull through. Read more about Awdish’s journey. 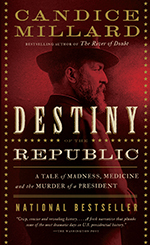 4. Destiny of the Republic: A Tale of Madness, Medicine and the Murder of a President by Candice Millard

Four months into his presidency, James Abram Garfield, the 20th president of the United States, was shot in the back by a deranged political rival. Garfield survived the attack — that is, until his doctors got involved. In this bestselling book, Millard recounts Garfield’s rise from poverty to the American presidency, and his death at the hands of physicians who disregarded antiseptic surgery techniques and instead introduced infections that subsequently killed him. 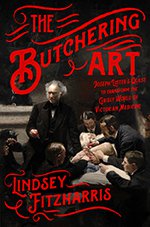 Historian Lindsey Fitzharris, PhD, goes in-depth about the work of surgeon Joseph Lister and the gruesome surgeries that took place in Victorian medicine before his techniques were widely adopted. From surgeries performed using tools caked in blood — a sign of an experienced surgeon — to surgery without anesthesia, Fitzharris reveals the macabre world of Victorian-era medicine, and the transformation that came about as a result of Lister’s work. Read more about the book. 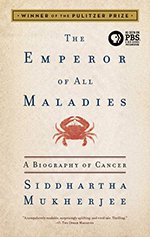 6. The Emperor of All Maladies: A Biography of Cancer by Siddhartha Mukherjee, MD, DPhil

No list of the best books in science and medicine would be complete without the addition of Siddhartha Mukherjee’s Pulitzer Prize-winning account of the history of cancer, from its first documented appearances 5,000 years ago to the present day. An assistant professor of medicine at Columbia University Irving Medical Center as well as a cancer researcher and physician, Mukherjee recounts “centuries of discoveries, setbacks, victories, and deaths” and the stories of those who continue to fight this “infinitely resourceful adversary.” 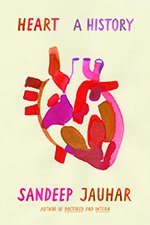 A practicing cardiologist, Sandeep Jauhar, MD, weaves together the history of cardiology and his own experiences with patients in this bestselling book, which was shortlisted for the 2019 Wellcome Book Prize. From the invention of the heart-lung machine to the development of cardiac catheterization and the pacemaker, Jauhar tells the stories of “the physicians who risked their careers and the patients who risked their lives” to advance the field of cardiology. 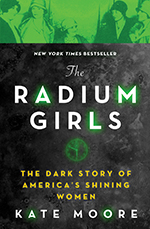 8. The Radium Girls: The Dark Story of America’s Shining Women by Kate Moore

In the early 20th century, women and girls (some as young as 14) were recruited to work in radium dial factories, where they would sit around tables and paint radium on clock faces and watches to make the numbers easier to see. The women would moisten their paintbrushes in their mouths before dipping them into the paint. It was a good gig, until the women began to fall ill and die agonizing deaths from radium poisoning. In this book, bestselling writer Kate Moore tells the story of these women and their fight to be recognized and compensated by the companies that employed them. 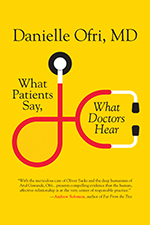 An associate professor of medicine at New York University School of Medicine and a practicing physician at New York’s Bellevue Hospital, Danielle Ofri, MD, PhD, has had a front row seat to some of medicine’s most exciting technological advances of the past two decades. But she insists that the most powerful tool remains the doctor-patient conversation, which can uncover nuances not otherwise evident in a physical exam. In this book, Ofri explores the world of doctor-patient communication and how implementing better communication practices can improve overall health. Read more about Danielle Ofri. 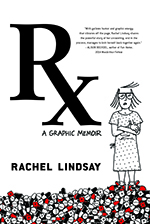 In this graphic memoir, artist and writer Rachel Lindsay explores the relationship between treatments for mental illness, mental illness as a commodity, and the “often unavoidable choice between sanity and happiness.” Diagnosed with bipolar disorder in her early 20s, she finds herself working for an advertising company, writing ads for an antidepressant drug. Increasingly stressed by her professional life, she winds up in the hospital; this is her story of finding a path through the pain.