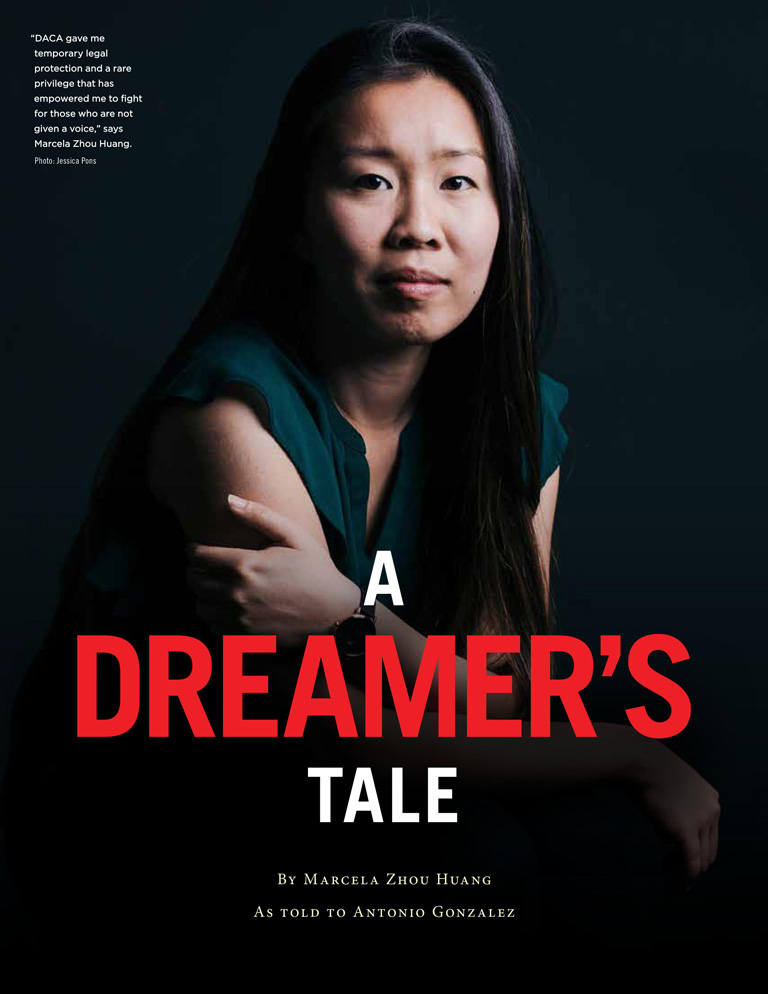 “When I was 7 years old and growing up in Mexico, a robber held me hostage and hushed my cry with a knife he pressed against my throat. Two years later, when I was 9 and developed a mass on my neck, a doctor told me that I had three months left to live. I am 27 now, and it has been more than a decade since I’ve seen my father and my sister. I don’t know when we will see each other again. There has been much love and joy in my life, but also trying times. In many ways, I am fortunate to be alive. So when I woke up on the morning of September 5, 2017, to the news that the current administration would terminate the Deferred Action for Childhood Arrivals — DACA — program, I wasn’t terribly afraid.”

“A Dreamer’s Tale” is a first-person story of one medical student’s experience as a DACA recipient, her hopes, and the challenges she confronts in the face of the program’s possible elimination.

How powerful it is for one person’s experience to be told, unfiltered, through his or her own words.

Apart from early concerns around the political nature of publishing such a story, we encountered few real challenges as we worked with Marcela to put the story together.